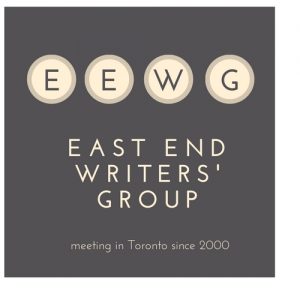 “Criticism, like rain, should be gentle enough to nourish growth, without destroying roots.”

Because of the COVID-19, Toronto Public Library branches are still closed until further notice. This means that the East End Writers’ Group, which meets at S. Walter Stewart branch has cancelled its  meetings there for now. Our members are currently meeting biweekly on Zoom. If you are an adult writer who is not a member of EEWG, but would like to be (and join our Zoom meetings, open only to members, and also receive a monthly newsletter), please email Sharon at  words@samcraw.com

Hopefully, we will be able to resume our monthly meetings at the library sometime in the near future. Stay tuned and stay safe in these troubling times.

What We Do at Meetings (including on Zoom)

The East End Writers’ Group has met monthly in the east end of Toronto, Ontario, Canada since September 2000.

As part of our 20th anniversary celebration, a few of our members will be appearing remotely on a couple of  Hugh Reilly’s Liquid Lunch shows on the online TV station thatchannel. The first show was taped remotely May 12, 2020 with Hugh interviewing longtime EEWG member Shane Joseph (literary fiction author and Blue Denim Press publisher) and me, Sharon A. Crawford, founder of this East End Writers Group. You can get info about me here on this website as well as some on Shane whose website is here . We talked about the early days of EEWG meeting in my home and somehow segued into today and how we writers are coping in these COVID-19 times.  This show is live streamed and is also available to watch afterwards. If you dig deep enough under the Liquid Lunch shows you might find a few where Shane and I guested (on separate shows) to talk about our respective books published over the last few years. Here is the main link  and just click on shows, then on the particular show and go from there. And that is where you will  also find this current Liquid Lunch episode with Shane and me.

Meets 7 p.m. to 9.45 p.m. the last Wednesday of the month from September to November and January to July for constructive criticism of short stories, novels, plays, screenplays, poetry, personal essays, articles, etc. You get up to 10 minutes to read (up to 5 pages double-spaced of prose or two short poems), but you can also just listen and give constructive criticism of others’ writing. If you want to read we now have a sign-in process beforehand. Email words@samcraw.com for more info. If you are signed up to read, you will need to bring copies of your story so everyone can have a copy and bring pen and paper to take notes. We also discuss markets and writing techniques, and do “show and sell” for members who have recently published books. Break midway to snack and network. For adults, including seniors. New members welcome. Free.

We break for August and December. 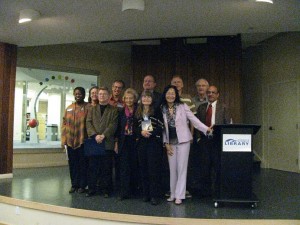 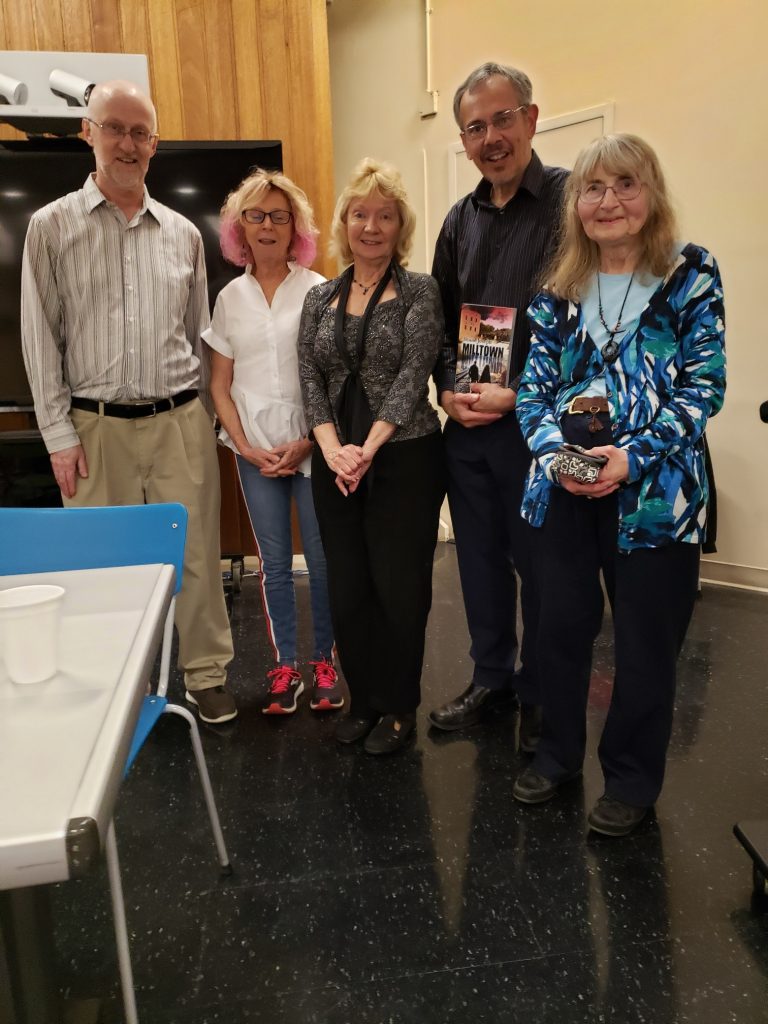 We Blue Denim Press gang had lots of fun at the Small Presses: Guerrilla Marketing in a Digital Age, as you can see from the photo above and the one below.  Barb Nobel read a very funny short story from her book Edgy People, Michael Dyet and I in our character reading duet brought some of our quirky and dysfunctional characters to life from his novella “Slipstream” in his book Hunting Muskie and my Beyond Faith. We both had a crack reading the part of my main character PI Dana Bowman. Dana, as usual was having her conflicts with family and enemies. Then there was this strange guy Sam from Shane Joseph’s Milltown who wandered onto the stage and proceeded to diss the setting and the year (2008) for the novel. He even had a few choice words for his author and as he lumbered off the stage was determined to get him for all this. He must have because a few minutes later Shane Joseph staggered onto the stage and managed to read the beginning of Milltown. We also mixed, mingled and kept going to the food table to munch on snacks even before the fun began onstage. But while we were on stage the audience was engaged. And so were we with them and with each other as we discussed how we did our guerilla marketing. And author Gail Murray our host kept us all in line. We also sold a few books in print there and some e-book sales are in the works – at least from my conversation with a few people from the audience. We will have to do this again somewhere else. 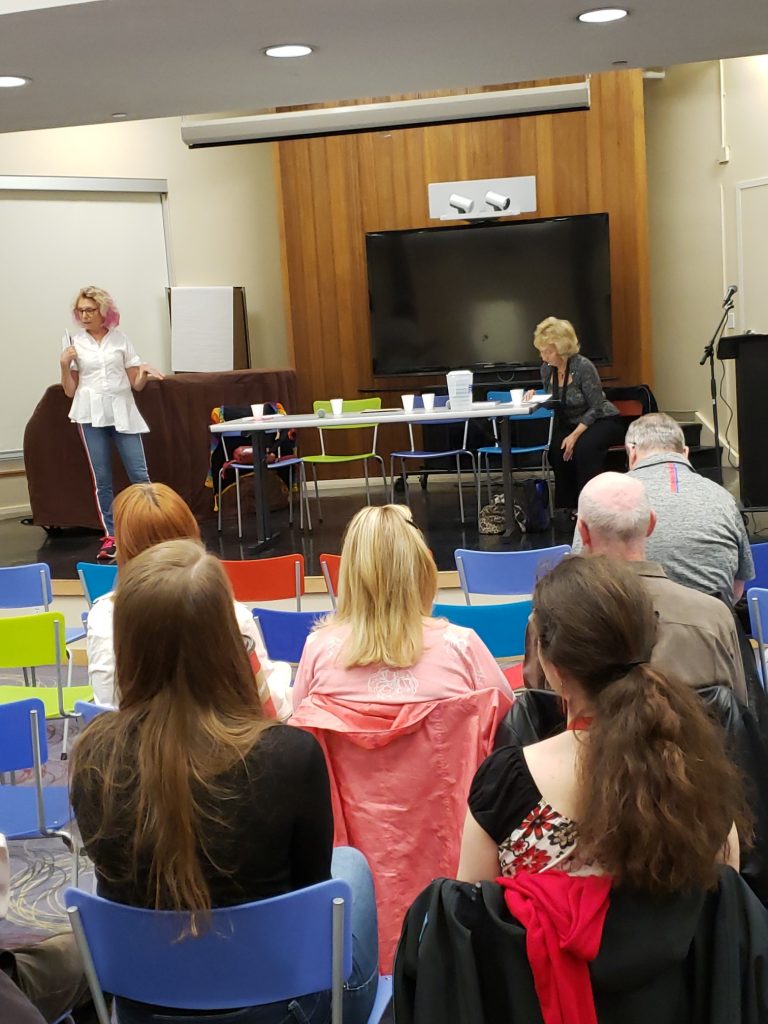 And here are our recent books: 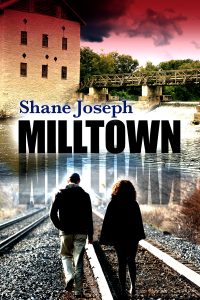 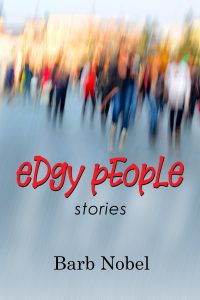 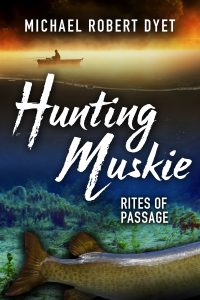 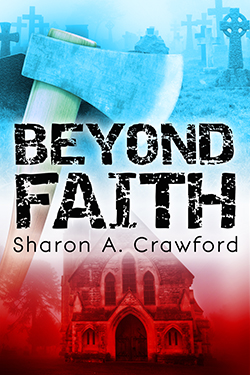 East York Cultural Hot Spot was a success and fun.

Creativity from the Stacks

Celebration was held Wed. Oct 28, 2015. Despite a rainy and windy day we had a good attendance and a variety of presentations of members published works: a recreation of a community opera in PowerPoint, interview with a memoir author with the interviewer channeling Ellie Tesher, Toronto Star relationship columnist, parody and satire, a novelist whose talked about her book’s connection to a social cause for youth, and a book character who “jumped” from between the book covers and dissed her author, poetry and memoir readings, and a panel on self-publishing. We chatted with lots of writing friends – old and new, and ate from the selection of refreshments brought by members. Thank you all for coming.

Here is the line-up of our presenters.

Occasionally held in the spring and early fall Workshops run between 9.30 a.m. and 4.30 p.m. We’ve had workshops on Writing Novels, Fictional Character Development, Interviewing Techniques, Finding Story Ideas and Querying Publication Editors, Creativity, Marketing, How to Get Published, Crafting the Short Story, Memoir Writing, and How to be Your Own Editor and Create a Better Story. Fee depends on instructor’s fee.